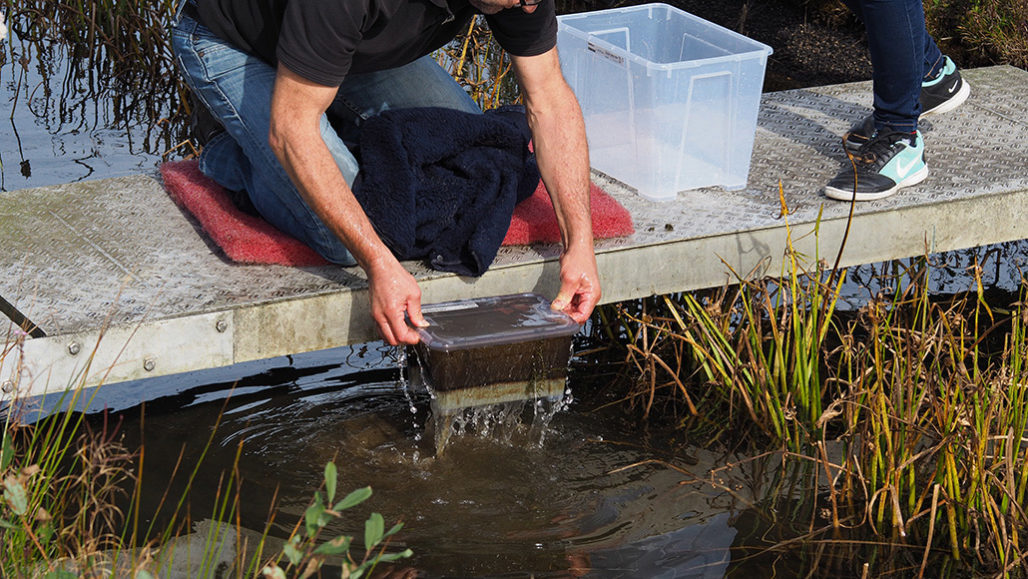 Despite growing concerns over tiny bits of plastic filling the world’s waterways, the long-term environmental effects of that debris remain murky. Now an experiment on freshwater sediment communities exposed to microplastics for over a year helps clarify how harmful this pollution can be.

Researchers embedded trays of sediment littered with different amounts of polystyrene particles — ranging from 0 to 5 percent plastic — in the bottom of an outdoor canal where bugs, snails and other critters colonized the mud. After 15 months, fewer organisms were found living in the trays with 5 percent polystyrene than in trays with less plastic, largely because fewer Naididae worms lived in the most polluted mud.

The trays with 0 to 0.5 percent microplastic averaged between about 500 and 800 worms per tray, while mud with 5 percent plastic averaged fewer than 300, researchers report January 31 in Science Advances.

That reduction in Naididae worms suggests that severe microplastic pollution can throw freshwater ecosystems out of whack (SN: 4/5/18). This family of worms serves as prey for other freshwater animals and plays a key role in the carbon cycle by decomposing organic matter.

“It’s a really important piece of work,” says Richard Thompson, who studies environmental effects of plastic pollution at the University of Plymouth in England but was not involved in the study. “Most of our understanding about the impacts of small pieces of plastic comes from laboratory studies” over several weeks. The new experiment gets closer to assessing microplastic’s long-term, real-world effects, he says.

The 5 percent plastic concentration where researchers saw a major drop in the Naididae worm population is more pollution than is typically found in freshwater sediment, says study coauthor Bart Koelmans, who studies aquatic ecology at Wageningen University & Research in the Netherlands.

What’s more, just because the researchers didn’t observe a significant effect on these freshwater communities at lower plastic concentrations “doesn’t mean that there are no effects,” says Ana Luísa Patrício Silva, an ecotoxicologist at the University of Aveiro in Portugal not involved in the work.

Simply taking a census of the organisms living in mud with a certain amount of pollution doesn’t rule out the possibility that microplastics impair the creatures’ ability to function normally, she says.